The Top 6 Remedies for Acid Reflux According to Dr. Group

Acid Reflux has been around for ages, but has gotten worse since food became abundant. Isn’t it interesting how once upon a time the world was worried how are we going to feed 5 billion people, let alone 7 billion and growing? We have gotten so good at providing food we are over feeding our selves.

In the old days we ate smaller meals using unrefined foods. In 1886, John Pemberton invented Coca-Cola. John was a pharmacist, who was known as “Doc.” Now isn’t that interesting? A so-called doctor invented coke 130 years ago. Coke was probably the first of a long list of foods and drinks that undermined our digestive system, as well as the first addictive food or drink. 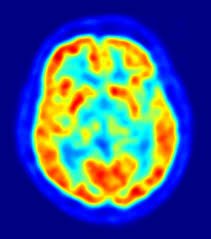 Your Brain on Goodies

Why do I say addictive? We have recently learned that when we do something that feels good, it lights up certain areas in the brain associated with addictions, now this belief is a fact.

Why do I start here? I guess because this is the beginning of how the gas in coke expands the stomach, weakens the valves, and can put enough pressure on the diaphragm to cause a hiatus hernia. The diaphragm is a muscle that goes around the esophagus at the top of the stomach, and supports the tube and valve from spreading apart. Instead coke blows it apart. Good enough reason to believe this may have been the turning point of modern acid reflux.

The next nail in the coffin, I use coffin literally because untreated acid reflux can lead to esophageal cancer, is overeating due to the large quantity of foods. Btw, the foods are getting even more abundant due to technologies like gene manipulation and urban vertical farming. So far in the case of vertical farming the foods are fruits and vegetables, which can easily sustain us so we don’t sabotage our digestive system.

Now the history lesson is over. Okay let’s open our books or maybe, should we say go to the video tapes and learn the 6 top remedies to acid reflux according to Dr. Group, and he does it the natural way.

While Dr. Group has many good suggestions they require ongoing difficult vigilance. To be fair it’s difficult till your habits are changed and integrated into your day to day activity. Or let me put it another way, changing habits is an uphill battle, usually fraught with cycles of failure and success.

Another direction is a Reflux Guard©, an under mattress wedge, which is probably the only easy natural reflux solution that not only acts like a reflux safety net but doesn’t even need to be thought about every night. You just get into bed like you have since you were a little kid.

The only thing addictive about a Reflux Guard© is a good night’s sleep.